The Problem A tetrahedron (as shown below) has four sides and six edges. Numbers from 1 to 11, except number 10, are each assigned either to a vertex or to an edge. The number assigned to an edge must equal to the sum of the numbers assigned to the two endpoints. Each of the numbers must be used exactly once.

Note: Another name for the tetrahedron (四面体) is triangular pyramid (三角锥). 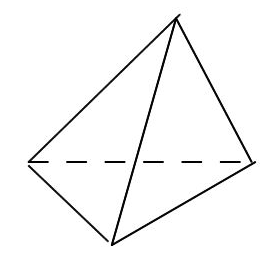 First step is always the most challenging, as we are usually not sure which path to take when facing a difficult problem. Don’t be afraid to try; when it does not lead to where we expect, reflect on why it does not work and have another try where we have a better chance.

(Stage 1) After a few trial-and-errors (or guess-and-checks), we come to focus on the two smallest numbers 1 and 2, and decide that they must be assigned to the vertices, not the edges.
Why? Because if one of them (say 1) is assigned to an edge, they must be the sum of two numbers assigned to its two endpoints, therefore the two numbers at the endpoints must be even smaller. However, this is impossible, as the number 1 and 2 are already the smallest.

Well begun, half done! But there is other half, for which we start by some frantic trying.

(Stage 2) This time we look at the largest number 11. Suppose we assign it to an edge that’s adjacent to ‘2’. For the edge, one endpoint is ‘2’, the other endpoint – it must be ‘9’. We are now in a situation that we cannot go on any further. Con 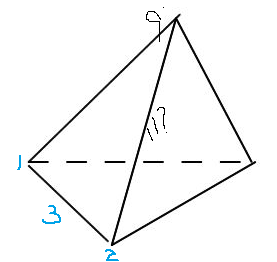 So the edge to which number ’11’ is assigned cannot have any endpoint ‘1’ or ‘2’; and take another look at the figure, we decided that it must be the edge that is the furthest from the edge ‘3’. And we mark 11 there. 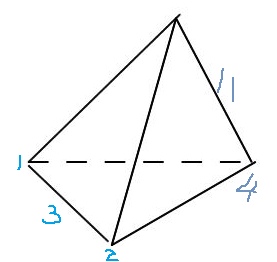 What knowledge we have used in this whole process?

What is the lesson we learned? Try – Think – Try again where we have a better chance. Use thinking / logic reasoning as a guidance so the trial can efficiently leads to result.